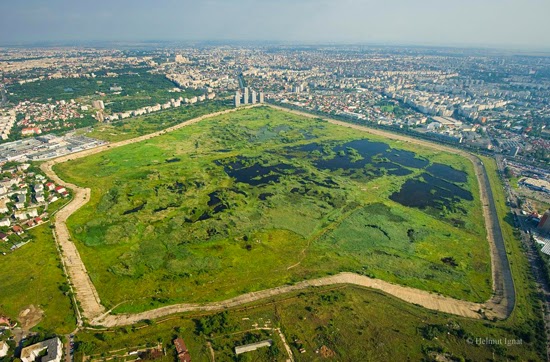 Wetland Link International (WLI) is a global network of wetland education centres with over 300 members in more than 70 countries. It is run by the UK-based Wildfowl and Wetlands Trust, and has an agreement with the Ramsar Convention to deliver CEPA (Communication, Education, Participation and Awareness) outputs at wetland sites.

WLI’s has several objectives, including to share information and expertise amongst wetland education centres worldwide, to improve the operation of wetland education centres, to lobby for the greater inclusion of communications, education and public awareness (CEPA) programmes at wetlands, and to develop frameworks for subsequent implementation. We have active regional networks in Asia, Europe, the Americas, West Africa, and East-Asia Australasia, and you can see more at our website, www.wli.org.uk.

We first become aware of the Vacaresti wetlands, as the site formed one of the field trips for the Ramsar Conference of the Parties in 2012, which showed it as a great example of a naturally developing urban wetland site. Recent contact from a local volunteer involved with the site, Mr Helmut Ignat, revealed that there are plans to protect the site’s wildlife and to develop education and engagement programmes for local people, and we would like to offer our support for this approach. Cases of wildlife-rich sites in urban areas are rare, and a valuable resource for both people and wildlife in cities.

We have a similar site in west London, which was developed by WWT from former concrete reservoirs, and now attracts around 320,000 visitors every year. Our experience has shown that the site is an extremely popular and respected resource, recognised at local, national and international level. The site adds to the tourism attractions of London, brings financial input to the local area, as well as acting as a focal point for both wildlife and people.

We would urge you to continue your work to protect the site and develop visitor resources, whilst at the same time preserving its wildlife. The site has the potential to be one of the outstanding urban wetland centres of our network, given its location, size and well-developed wildlife value. We could offer our support and advice, gained through WLI’s extensive network of wetland centres, WWT’s nine UK wetland centres and nearly 70 years’ experience of running wetland centres in the UK.