when viewed in sunlight, each line is like a rainbow 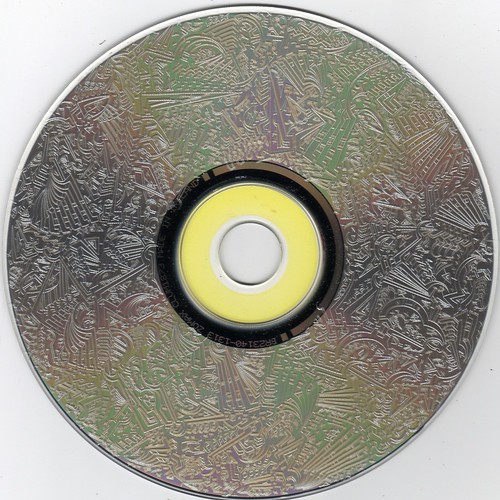 scratched on CD with a sharp nail. (Berkeley, California. 2001) 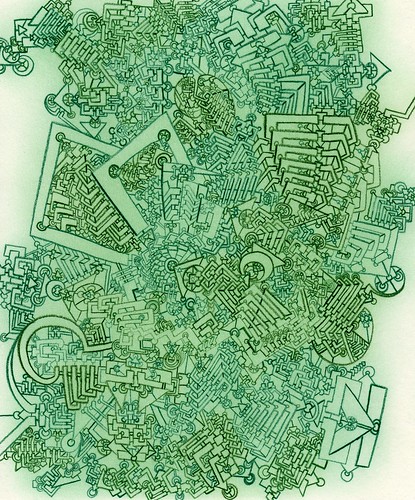 from one of my Berkeley poetry journals 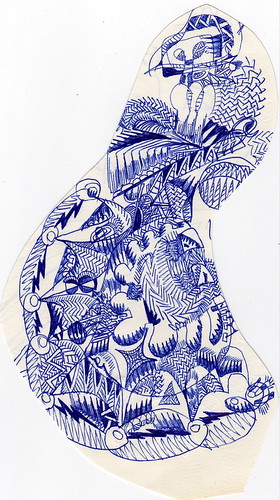 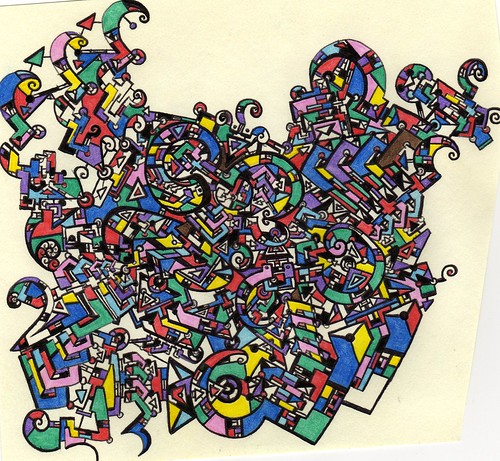 pen and color pencils on paper 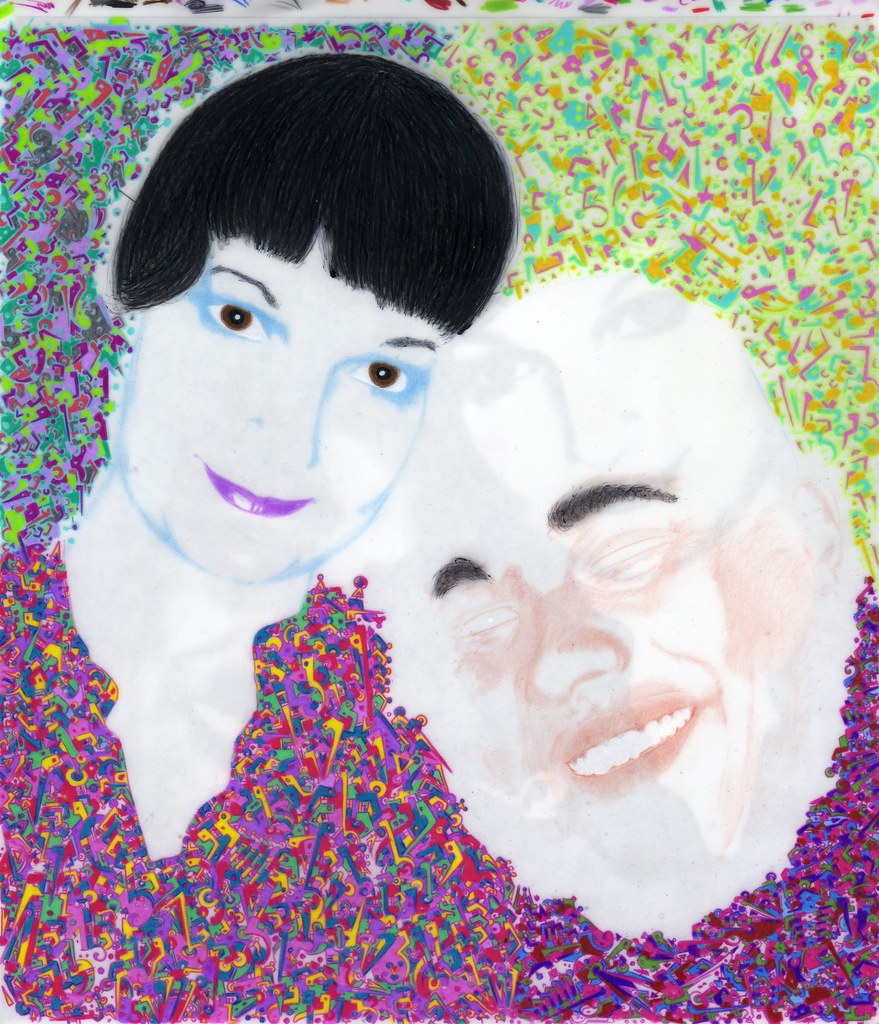 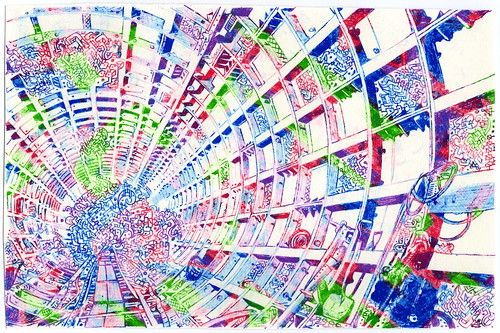 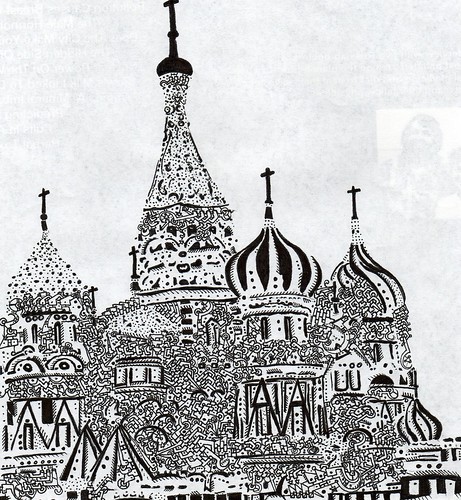 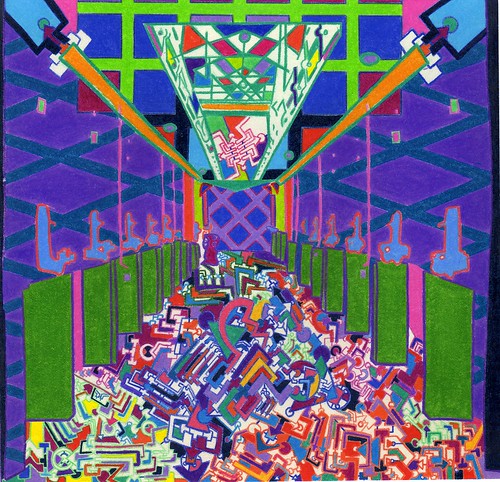 color pencils on paper (BEST VIEWED LARGE?) (“suspended by a thought) (over the San Francisco Bay”) 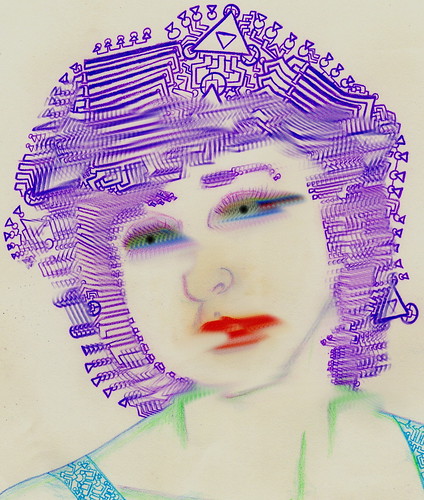 color pencils on paper, altered with ArcSoft PhotoImpressions software
This is a very complicated story of a guy who lives in US and draws all this madness. As you can see, the biggest influences are LSD trips (over 5000 from ’72 to ’93). The great thing is that he is very productive – over 17 000 flickr uploads. He also scanned thousands of books on psychedelic drugs – ask if you need some.
A NOTE ABOUT “OUTSIDER ART”:
“This is art that can neither be expressively tempered, nor politically corrected, nor marketably slotted by that great vetting, veneering machine called the art industry. So it stays volatile, radioactive, problematically hot. Is this why our mainstream institutions are so reluctant to exhibit it? Because they’re afraid of it, afraid of its unpredictablity, afraid of how its intense singularity will react with, clash with, even infect other art? I don’t have an answer, but it is questions like this that keep my passion – crazy, I know – for contemporary art alight.”
(from “The Desire to Draw, Sometimes a Compulsion”, by Holland Cotter in The New York Times, September 16, 2005 [a review of “Obsessive Drawing”, a show at The American Folk Art Museum])